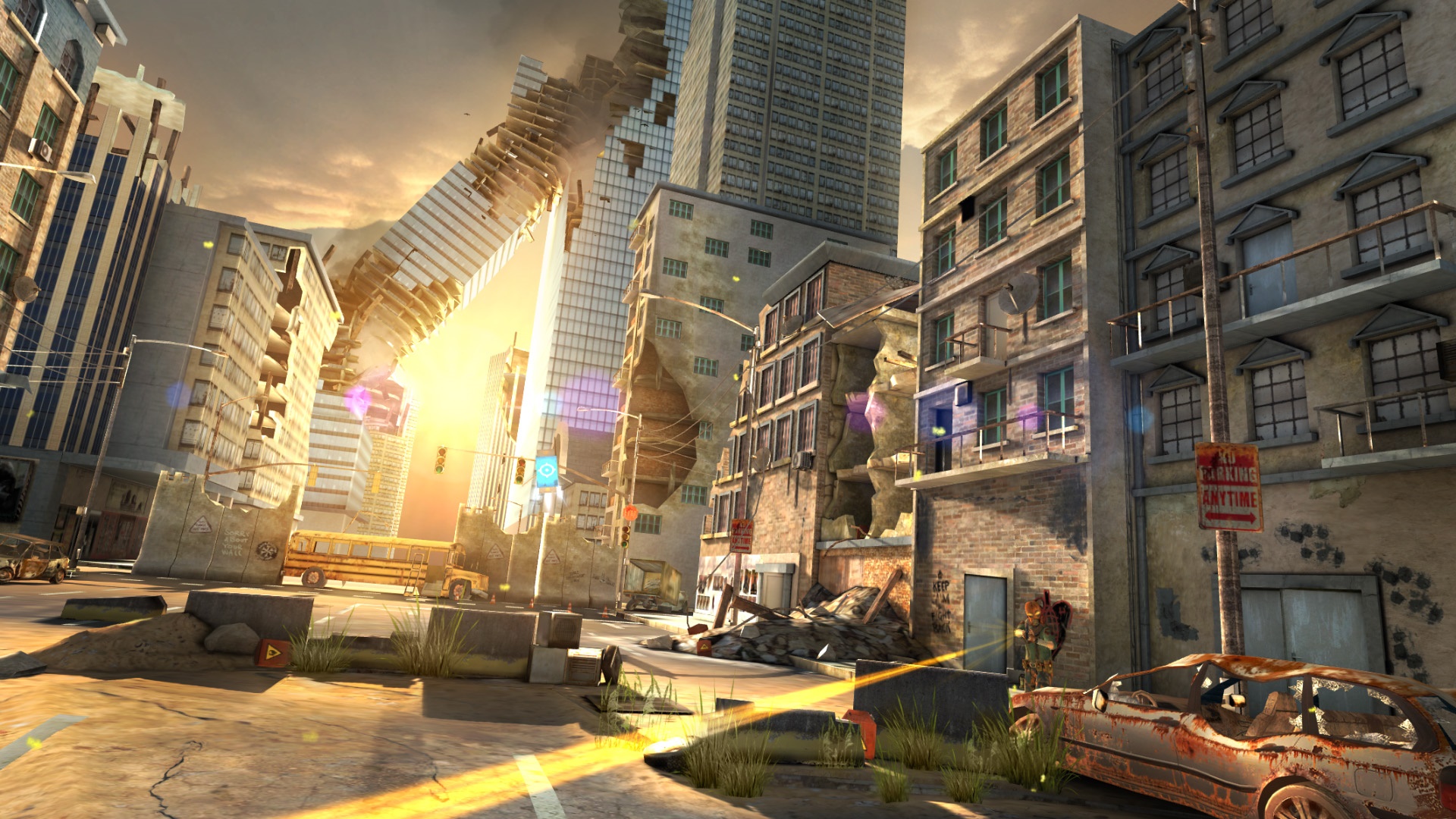 Games On Focus Our Blogs

On Focus: Overkill VR – a talk with Marc Perez

We are pleased to present you Marc Perez, Director of Production at Game Troopers – the studio behind the hit game “Overkill VR”. The game has a Bronze medal in the Steam’s “Best of 2017 Virtual Reality Games”.
Today, we are taking a dive into his vision on VR, the LBVR sector in particular and how it will evolve in 2019. Marc is also sharing some news on the commercial license options for Overkill.

Tyler: Hi Marc, thank you for taking the time for this interview. I believe it is safe to say Game Troopers is one of the pioneer studios focused on VR games. Could you share how you got the idea, when and how it all started for you?

Marc: Thank you so much Tyler, I’m really glad to share my personal and professional insight of the VR industry for all the Synthesis blog readers. Hopefully, they learn from some experiences and may realize what VR represents for a company like us.

It all started from the idea of our CEO, Jesús Bosch, in 2016, he is a visionary in the videogame industry and always likes to be the first if an opportunity appears, we had the title Overkill 3 published in the Microsoft Store and seen it can become a hardcore game for VR users, where there was a clear lack of hardcore shooter games.

T: Are you a gamer and what games has inspired you to create Overkill?

– For sure I am! I have been playing video games since I was 3 years old, I started to play Sonic in the MegaDrive with my mother (she was really good playing it!) and since then I couldn’t stop. I have grown with The Legend of Zelda, Prince of Persia, Rayman, Kingdom Hearts and many more.

Regarding what games inspired us to create Overkill VR. I would say Time Crisis has been the main influence, because we wanted that 90’s arcade feeling, so you can hide behind the walls and shoot the enemies without the necessity of a pedal to cover, we felt that VR will fit really well to this kind of cover-based shooter.

T: What was the feeling when Overkill got released back in 2016 and, then, when the game made it out of Steam’s early access?

– It was really exciting when we first release Overkill VR in early access, although there was still a long way before the game was complete. Thanks to the community we could see what people like, what is needed, and consequential update and finally deliver a really good title, where external people can always add something. Once we released it, we were really happy we got positive feedback from media and the people were excited to play our game.

T: Your company always been very supportive to the LBVR industry. What are your insights on how it evolved over the past few years?

– We have realized that many LBVR companies have appeared in the past few years, I believe this trend will continue for the next years and will increase according to the VR improvements, there is a long way to go yet. It all started with basic features, send Steam keys and receive the payments, now, there have been a lot of changes, we have a lot of insights about the sessions and performing of our title which let us improve the current version of the game or even create a new dedicated version for arcade owners.

T: Overkill is indeed one of our all time favourite games. It made it to our list of “Recommended Games”. What are the game’s strengths ?

– Overkill VR has many strengths but if I have to choose one, it would be the amazing weapon upgrade system and the generator level. You have so many options to customize your weapon and upgrade it to make it more dangerous, this makes it very unique and everyone can customize his/her gun to best fit him/her ending up with something unique and very deadly.

On the other hand we have the generator level, which adds a lot of replayability because it’s an infinite level where enemies won’t stop appearing and your accuracy and skills are proved, getting the best score and trying to beat it is one of my favourite parts of Overkill VR, if not the main one. There are more strengths like more than 20 levels to play and enjoy. In those levels there are machine gun levels where you can aim and shoot with a static machine gun with the feeling that you have the capability for massive destruction, which makes them really fun to play. You also have support items, like grenades, rocket launcher, air support and more which adds different gameplay for other users who likes explosions and see their foes flying away.

T: What are the game’s downsides? As a home user, I love all the missions, the various weapons and game options, but how would that fit for the arcade customers?

– As an indie studio and being into VR since the beginning, we couldn’t take the risk and come up with an arcade exclusive game. We had to make our path to players hearts and Overkill VR is the result – power-ups, multiple kills, wombo-combos, headshots and more. Our initial focus indeed had some impact on our LBVR adoption, but I believe we found the right formula. Thanks to the progress tracking functionality available in your platform, the arcade customers are able to play Overkill through all the missions and have all the fun the game have to offer. This is what converts the first time customers to regular ones and it is really awesome how easy you made it for everyone. Your voice chat adds to this, as playing Overkill in a group and in a location running SynthesisVR adds the competitive element that we have been asked for by many arcade owners.

– You can expect Overkill Arcade to follow the fast paced LBVR industry. That’s right, we are working on an arcade exclusive version of Overkill. As we progress, we get more and more excited about where it is heading!. I won’t reveal much yet, but it is important to mention that we plan to support your “LBVR League” initiative as well as, as you name it, the classic arcade business model. For the ones unfamiliar with the topic, this model can be described as “pay per game”. For us, it is important to sell well, but it is even more important to give real value to the LBVR industry. Providing options that will let the arcades monetize better is one of our priorities.

We also have plans to bring Overkill VR to PlayStation users but more information will come in the next weeks.

T: Does that mean you sees LBVR as the future of VR?

– VR in general is here to stay. On other hand, the HMD manufacturers made a real mess and brought the home users to a total confusion on what a high quality VR is and HMDs they should buy. LBVR is the market that is trying to fix the confusion and streamline all the processes. Until we get to the point where the current high-end graphics cards will fit in a mobile chip, it is safe to assume LBVR will lead the party.

T: Is it going to really happen? Do you think one day we’ll have the Ready Player One kind of world?

– Bill Gates once said “640K RAM ought to be enough for anyone”. I’m not making that prediction 🙂 Nevertheless, I would love to see in the future something similar to Ready Player One world, in the end, VR is based on how you interact with the space, both virtual and real, if we approach to the real feeling maybe one day we will see people fighting in the streets against virtual monsters.

T: Make a prediction on what will happen in LBVR in 2019.

– More LBVR will appear in 2019 while the current LBVR will be improving their services and insights, more people will play in LBVR as the excitement for VR is increasing and everyone wants to experiment. This will be an amazing year for LBVR as new VR hardware will come making the experience more enjoyable for all the users.

T: Tell us about the changes in the commercial license for Overkill.

– I won’t hide it – we got impressed by SynthesisVR and what you do for the arcades and the studios. Adjusting our pricing according to the tools we are given was an easy decision. As noted above, we support LBVR since the first days and we perfectly understand all the struggles the arcade owners could go through in their business. In our job, to produce a high-quality game, we did significant investments, but that doesn’t mean our LBVR partners haven’t done the same. It is a common ecosystem and everyone have to contribute to it if we are to count on a bright future. However, in many countries, a fixed PPM license could represent 30+% of the arcade revenue. This is not the way we want it to be and enabling your country based rates really came up as a relief.

In tact with our desire to bring Overkill VR to as many players as possible and as a result of our goal to bring value to the sector, we also added fixed fee license options. Based on the monthly PPM usage or the number of fixed fee licenses, we also enabled additional discounts. The message we are trying to send out is – get Overkill to your customers and monetize from that as much as you can.

I really don’t want my excitement to convert into a sales pitch, but we have two more announcements that I’m sure will be of everybody’s taste.

T: Your support is exceptional!

– We won’t do anything without your support too, we are extremely happy to be part of the SynthesisVR ecosystem and grant the opportunity that everyone can play Overkill VR in any location in the world!

We decided to run a SynthesisVR wide promotion for the month of February and all our PPM rates will have an additional promo discount of 50%.

A last message for all the arcades in SynthesisVR, our audience on the social media is over 200K. We’ll be more than happy to shout out a message about your location. Everyone interested can send me an email at marc.perez@gametroopers.net