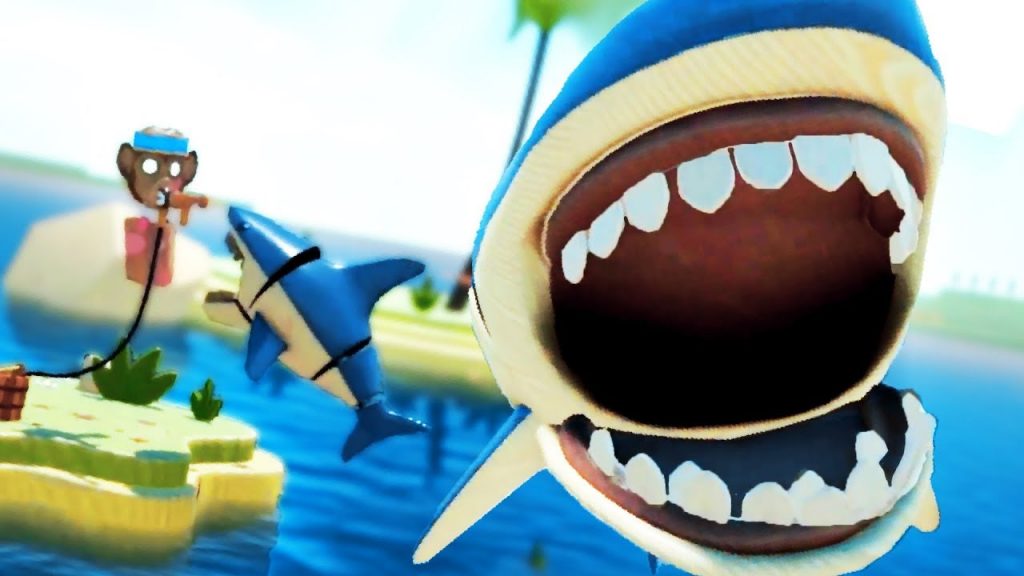 Synthesis VR’s versatile game categories allows an arcade to create custom  game libraries as they see fit. A common library is an age appropriate game selection for younger kids. Virtual reality violence and gore can be all to real for younger players. In today’s blog we will highlight 7 games that the kids will love and the parents will approve.

Beast Magical VR Pets is a great very first vr experience for children. Kids will love interacting with these cute flying dragon puppies. They can tease them with a laser pointer and play fetch. As they grow older they can take them on fields trip! Beast pets is a welcoming vr experience especially for some one that may be nervous about trying VR for the first time. Let your guest play with these magical beasts with a ppm licensing option.

Loco Dojo consist of 16 wacky and fantastically fun mini games where up to 4 total players can compete against eachother. There is a great mixture of whimsical games to play together with friends. Roll the dice to move around the board and see which mini game you will be playing and earn coins to unlock the final challenges. Loco Dojo can be played as single player as well and is available with a ppm licensing option.

After H is great for kids who want to play a more traditional first person shooter but parents dont want blood andd bullets. After H is more of an energy blast PVP shooter with up to 8 player matches. Arcades licensing After-H through Synthesis VR will have a specialized arcade version making multiplayer matches easy to get in and a dedicated operator panel and spectator panel that overlays the score of the round. Which ever team eliminates the others most wins! Rounds can be set to a specified time. After H was designed for Arcades with easy controls to shoot, reload, change weapons and run, making it a good candidate for any arcade library. Licensing is available with a ppm option.

Paper Fire Rookie was recently featured as a fun new single player game and is being featured again today because what kid doesn’t want to be fire fighter at some point? Paper Fire Rookie is an arcade exclusive version of Paperville Panic which was voted by Kotaku readers as their #1 favorite Australian developed video game for all of 2018!  Paper Fire Rookie Arcade features 2 levels where players have to fight through fiery enemies to get to the final boss in the best time possible, making it addictive and re-playable.Check out this live action trailer here. Add Paper Fire! Rookie Arcade to your arcade with a friendly ppm option.

Snow Fortress is a multiplayer snow ball fighting game where players get to build an ice fort before the round starts to shield themselves. Snow ball wars are one of the most fun activities and Snow Fortress does a great job recreating that experience in virtual reality. Snow fortress is easy for users to get in matches together and has a simple one button controls. This game is guaranteed to put a smile on every ones face and is available with a ppm licensing option.

Smashbox Arena is a PVP dodge ball type game. With teams up to 3 vs 3, players have to grab the ball ammo randomly placed around the map and hit the opposing players. Smashbox has a unique teleportation locomotion that is slightly delayed, so if a decision is made to late to teleport, you may end up hit and knocked out the round. Various power ups and ammo types are placed around the map and add to the fun. Smashbox has multiple maps and game modes. With an Arcade version supporting LAN and easy multiplayer grouping, Smashbox Arena is a great choice for groups up to 6 players. Smashbox Arena can be licensed through Synthesis VR today  with ppm and bundled monthly options.

You may have heard of Space Pirate Trainer before. It was launched right alongside the first virtual reality headsets and has to be considered a classic if there can be one this soon. Space Pirate Trainer is a fast action single player shooting game where players have to  destroy a bevvy of flying robotic enemies while dodging or shielding their attacks. Players can either dual wield energy blasters with multiple ammo types or go full spartan mode with a shield in either hand.  Space pirate trainer is part of Synthesis VR’s LBVR league which allows players to automatically  include there high score on a global leader board with other arcades and also in store. Through Synthesis VRs advanced launch parameter integration Space Pirate Trainer can be launched in an arcade mode where players receive only so many lives before their turn is over. This works great at events both on and off site.