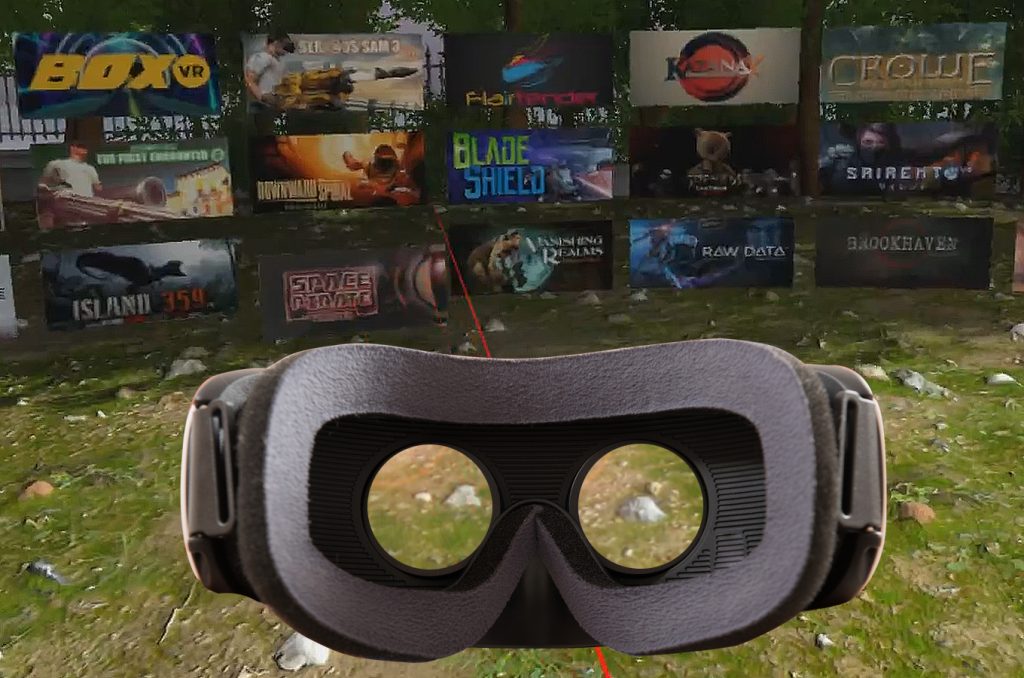 We already shared some screenshots and videos with some of you and now, we are pleased to announce SynthesisVR Version 2.0 is ready to release!
Head to the download page and try it out.

When we started the SynthesisVR development in 2016, we knew how important would it be for our own arcade business. That is why SynthesisVR aimed for speed and flexibility. We indeed needed a launcher too, so at first, we took the obvious approach and started building one in Unity. However, the downsides quickly came out:

So, we dropped the the idea and moved onto building the actually harder solution – a 2D environment (also called Overlay). In the end, what SynthesisVR brough in the 1.x versions is a easy to use system that addresses all the mention issues and let us integrate whatever functionalities are needed. As example, the Voice Chat wouldn’t be possible if we were stick with a complete Unity based solution.

Despite SynthesisVR became the most mature solution and our popularity increased, many of you still needed a 3D environment to be able to easier catch the customers attention.
It has been an year since we decided to move ahead with the 2D option, so the time to reconsider our decision has come. Despite all the mention downsides are still valid, there is one significant difference that let us integrate a 3D environment in the right way – SynthesisVR’s core is still that tiny 2D application running in your PC tasks, so the 3D environment doesn’t have to perform tasks it isn’t intented for. So, as our company name hints – version 2.0 is the perfect synthesis between 2D and 3D environments and it addresses all the listed problems. The video below is a raw (unedited) OBS capture:

Keeping to our ideology that SynthesisVR has to be 100% customizable, v2.0 introduces a new “locale” functionality that lets you change all the texts in the 3D environment. You are also free to play your own welcome video in 3D. On the top of that, now you could not only change the text-to-speech, but you are free to record and play your own audio files instead.
At the time of the official release, you would receive a detail documentation on how to do that.
And the best part – this is just the first of many 3D environments we would be releasing. We aimed for an environment that is relaxing and welcoming for people of all genres and ages. Aiming for more environments wouldn’t sacrifice the flexibility – you would be able to use different environment for any of your VR stations.

Get in touch now at info@synthesisvr.com.